What is Trunk Based Development? - kloia Blog

While developers collaborate on the ‘trunk’ branch, they may have short-living branches that live up to 1 day. Branch lifetime has a strong correlation with Agile Methodology adoption and Agile Stories. Small stories make it easier to keep branch lifetimes shorter. 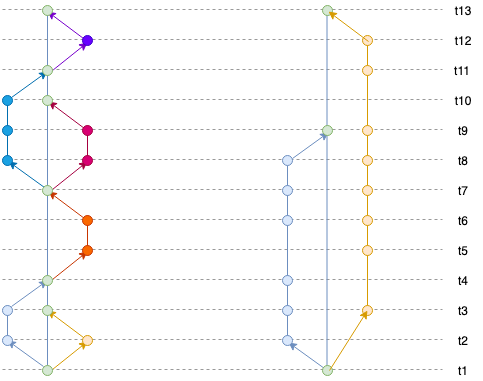 We strongly recommend trunk-based development and following a branching model which doesn’t require long-living branches, such as using feature toggles and branch by abstraction.

Runners Until now, I have show...

Previously I talked about Kara...

One of our customers asked us ...