re:Invent is the major annual AWS public conference. This year it took place between 28 Nov - 02 Dec, as usual in Las Vegas.. What happened in re:Invent, is public, so it does not stay in Vegas! There are so many updates and announcements - you get bombarded with social media shares, recaps, webinars, podcasts not only during the event, but also in the weeks after!

There are many good re:Invent recaps and blog posts covering the mainstream announcements. In contrast, I will focus on the less-mentioned and underrated announcements on application modernization.

AWS CTO Werner Vogel’s Keynote is the most expected session at re:Invent every year. This year the keynote had a major emphasis on asynchronous vs synchrony and event-driven architectures.

Werner’s focus on synchrony reflects the reality in the field. Most software architectures are synchronous, and the reason for being synchronous is not always a business requirement - it’s because they are legacy. This prevents most AWS customers from benefiting from the services appropriate for distributed design and decoupled architectures, such as EventBridge, SQS, Lambda Serverless, and Step Functions, among others.

While the keynote emphasized event-driven architectures strongly, the reality for established businesses in the industry is usually synchronous: 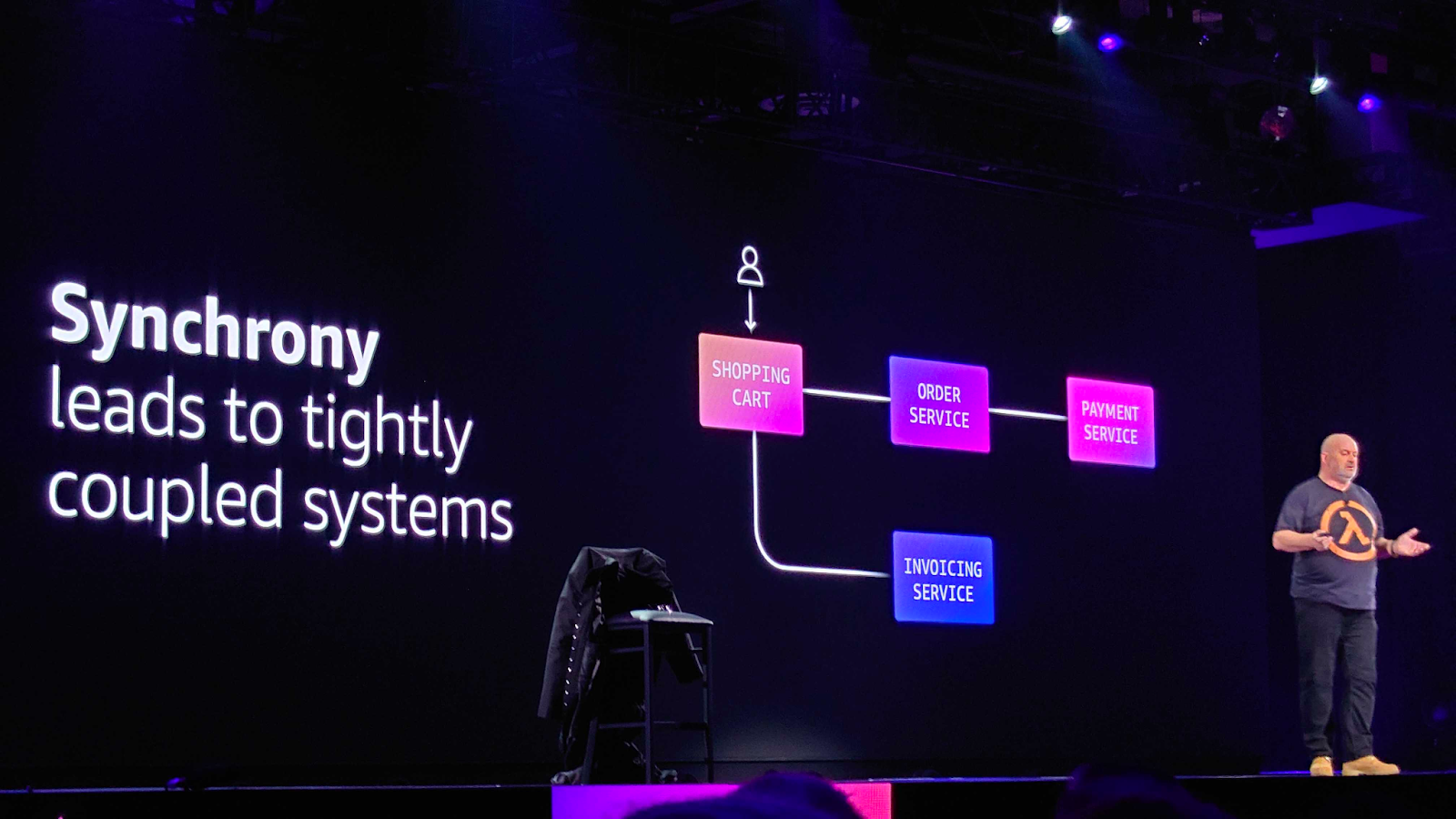 To support Werner’s vision of asynchrony, we need to modernize the workloads to decoupled architectures wherever applicable.

Modernization for an Asynchronous World

Here are the underrated sessions and announcements to support such modernization:

1- .NET Microservice Extractor: This tool was in its early stages of development when it was announced during the last re:Invent. But now, it is much more capable of extracting functionality that you define automatically from a monolithic application, and it works great! There is a major effort on this tool, which is a step forward for splitting monolithic applications. This is how the tool looks like, you can also watch a demo. 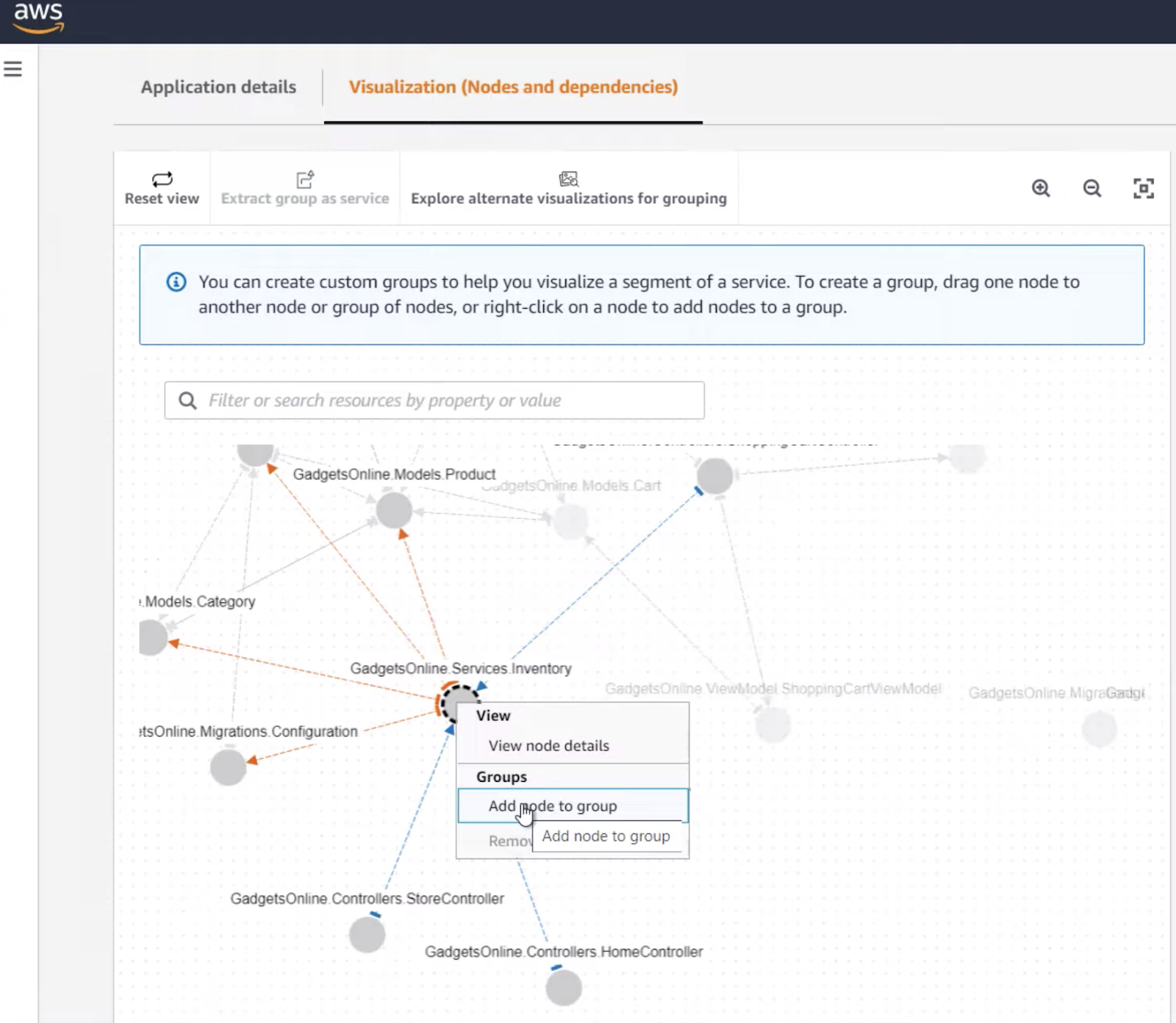 2- Porting Assistant for .NET: A considerable portion of the legacy applications are .NET, which is the version from pre-.NETCore era. This version of .NET has to work in Windows Operating System. Even if you containerize it, it still needs to run inside a Windows container which is not optimal. This tools helps you to convert .NET to .NETCore which brings an opportunity for furtner modernization and opens the door for containers and serverless.

3-  BluAge Mainframe/COBOL Modernization: BluAge was acquired by AWS in 2021. This is a specialized company capable of converting COBOL to Java. I have personally attended to a workshop and witnessed that it is successful in doing that. Here is a relevant screenshot from an AWS Blog: 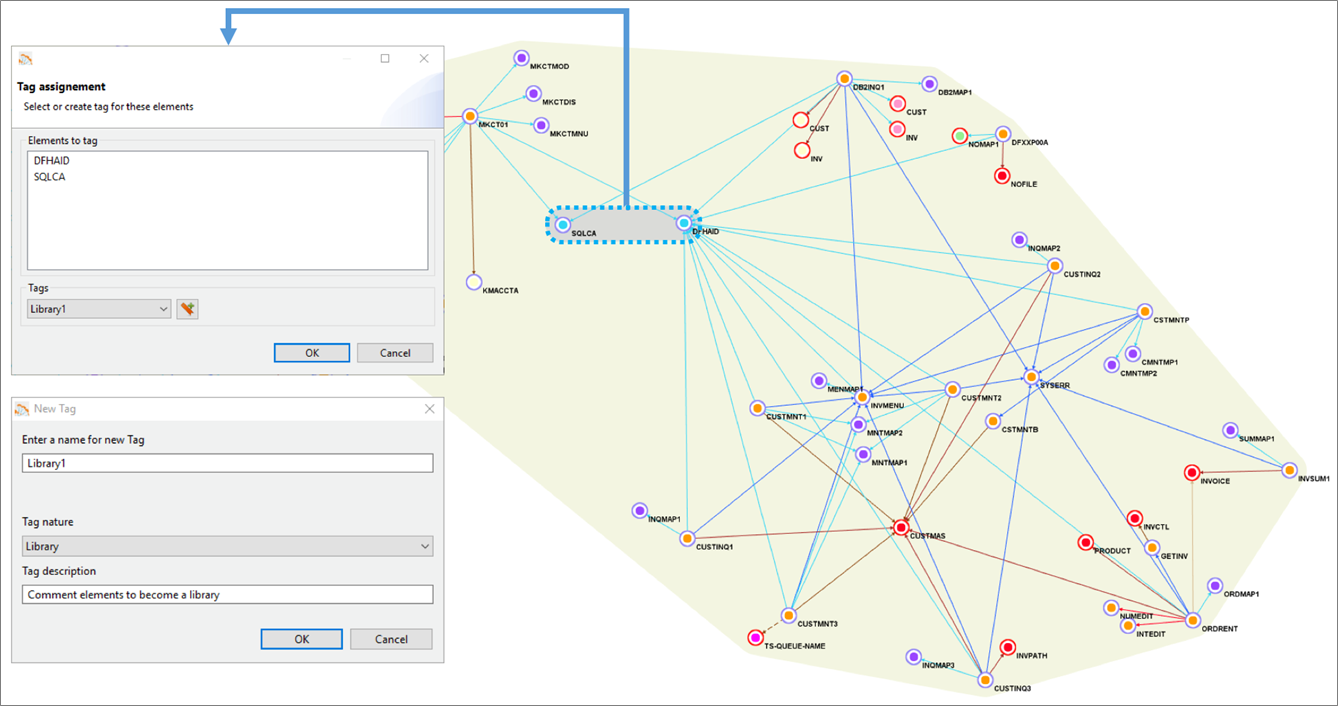 you need to modernize your legacy!

This re:Invent was the first one with a major emphasis on software architecture, including Werner’s Keynote. First time in re:Invent, I noticed an Event Storming session, which Luca Mezzalira delivered:

During the previous years, there were many topics around Lift&Shift migrations, but this is not mentioned anymore, which means Migrations without Modernizations does bring the ultimate value.

I am finishing my post with another phrase from Werner: “Synchronous is an illusion” 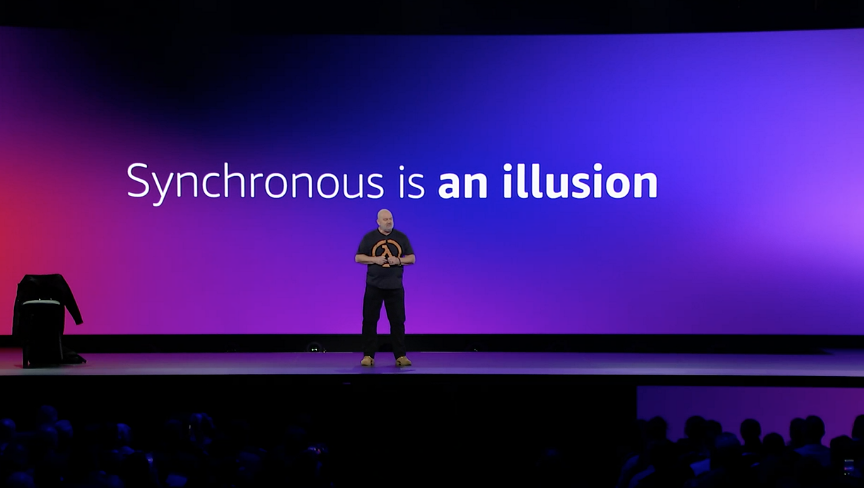