In some cases, performing performance tests alone may not be the solution. In this case, it is critical to interpreting the reports of the test performed correctly. The k6 load test framework, supported and developed by Grafana Labs, a very common monitoring software, has taken these performance test reports to a different dimension.

k6 is a modern open-source load testing tool from Grafana Labs. It can be integrated with many CI/CD tools as well as protocols like REST, GraphQL, and gRPC. k6 helps you create performance tests such as stress tests and load tests.

How does it work?

(here k6 must be installed on your system, click for installation)

The biggest gain is time!

Actually, k6 is javascript-based. With a simple syntax built using javascript, you create your performance test script and run it in the CLI. Since it is based on Javascript, it offers a flexible, manageable, and uncomplicated structure. Here is a simple example.

You can use the CLI to run this Javascript-based k6 script:

Then you will see that the tests are running. Here is a report that k6 provides by default. It just specifies the HTTP response times and properties of the load test script you create. In the following sections of our article, I will explain how you can customize the reports. 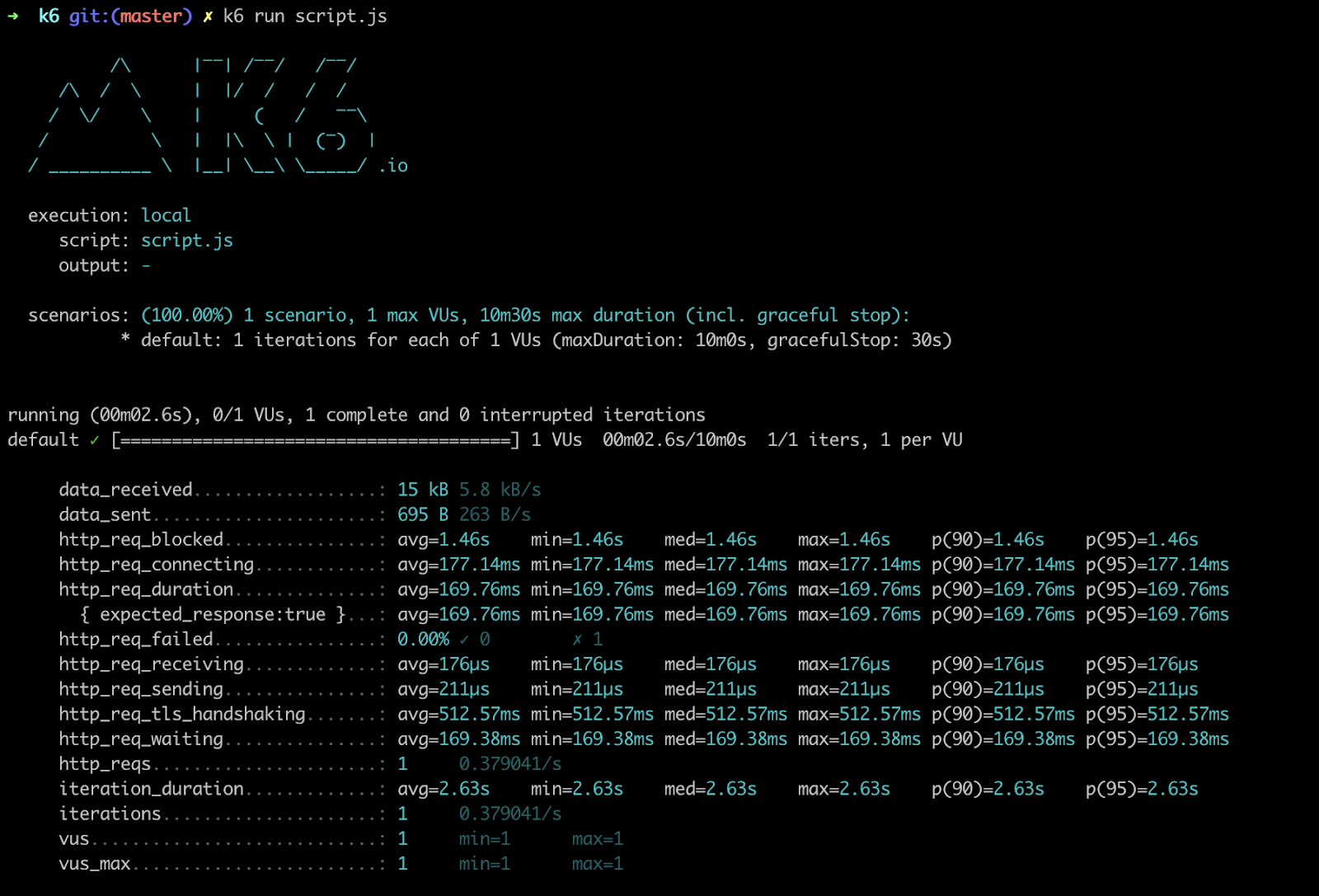 One of the purposes of load tests is to measure how the system responds in different usage scenarios. In this case, you can add or change parameters such as the number of incoming users and the duration of the test. If you run it as follows, you will make the test more meaningful.

You were able to run your test by changing the configuration of your test using the CLI without changing your test script. As the output shows, k6 ran your tests for 10 users and 30 seconds.

You can also choose to manage through the script you created; simply use:

After specifying the parameters, you can run it again with the first command you used in the terminal;

You were able to run the same parameters by changing your test script. As the output shows, k6 ran your tests for 10 users and 30 seconds.

In addition, even if you have added options in your script, you can edit the configurations with the CLI.

Also, in some cases, you can ask your tests to behave differently for a certain time period. To do this, you can use the stages block to change behaviors at different periods during the test.

Here I showed 3 different behaviors with a single test script. It can be a feature that you can use frequently when doing Stress Testing.

Local model runs on any server or on your own device, cloud model runs your tests using the k6 cloud infrastructure on the cloud. The clustered way of running has not been developed yet.

We have explained the local part in the previous parts of our article.

You don't need to add any configuration or code to run cloud tests. After registering app.k6.io/, connect to the k6 cloud by running the token there in your own CLI. Change the execute command after your connection is successful. You can also use this token in CLI by providing tokens via k6 cloud.

When you run your tests, you will see that your test report is generated on your app.k6.io panel. 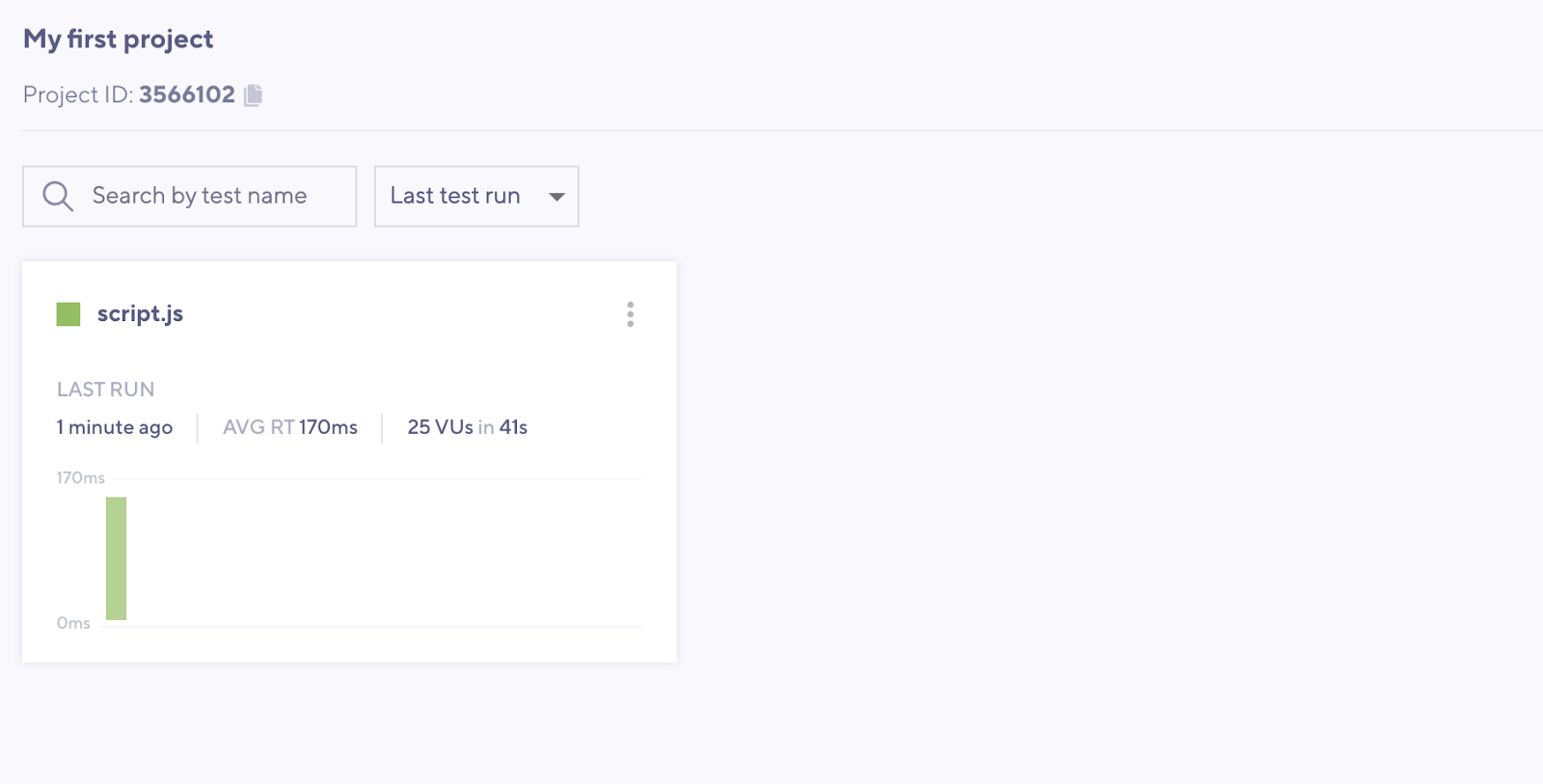 You can run your tests again, change the configurations and make them work as planned through the cloud panel provided by k6.

k6 can display the outputs of a load test in three different ways: as a summary on the terminal at the end of tests, as reports on the cloud, or as reports on other tools such as Grafana and InfluxDB.

You can access a more detailed performance test report in the k6 cloud interface, where various metrics and request/response times are displayed visually.

You can use the --out parameter to get the report output in various ways. Here, we can produce outputs such as JSON, CSV, as well as metric tools such as Grafana, InfluxDB.

Standard output; The load test includes the number of users, how long it took, detailed http reports. also to output data types such as JSON, CSV as standard output

Tools you can use for reporting;

k6 can be the right solution for you as it has many features such as detailed analysis, report grouping, recording and playback, cloud maintenance. In addition, also be easily integrated into monitoring and CI/CD processes.

Check out k6 on https://k6.io/ to much more than what we've covered here.