From the viewpoint of an APN Ambassador, I will speak more about the untold or less-mentioned parts of the re:Invent event held in Las Vegas.

Many blogs have covered what was announced at AWS re:Invent this year. My favorites are from  Resmo,  Donkersgood and  AWS Official Blog. I will  l not repeat what has been already said in those posts; I will talk more about the untold or less mentioned things at the re:Invent from an APN Ambassador’s perspective.

There were several serverless services announced during re:Invent, which is pretty good.

On the other hand, we started seeing per-hour pricing, on services like Managed Kafka: https://aws.amazon.com/msk/pricing/ This change gives an impression that due to the provisioning nature of clusters, newly announced serverless services do not run like Lambdas. Considering the provisioning and deprovisioning of Kafka/EMR clusters, AWS seems to be introducing hourly pricing for serverless.

This is a major step forward. Especially, for services like EMR, where we run batch tasks, serverless makes a lot of sense.

Most popular question @APN Booth to me: How can I find the right partner?

I was appointed to stay in the AWS Partner Network (APN) Booth, where I had the opportunity to meet with the attendees and answer their questions. During those conversations, I noticed that finding the right partner is one of the most common problems that AWS customers face. Based on what I heard, I felt that the partner search page needed to be smarter, not only with partner skills but also with price and engagement model matching.

Price model also differs from partner to partner. Although we can see that Time & Material (T&M) model is the preferred one, partners are still asked to provide time and budget estimates to the customer or to AWS. Partners also have a person/day pricing which may be based on the engagement duration or dedication. All those can be modeled in a way that gives the customer an idea of how each partner does pricing.

I have listened to multiple customers who were approached by the “Big Four”, yet they were not a good match.. There were a several cases where a new-age AWS partner would have been a better fit.

It seems that there is work to be done on the partner portal and partner search functions which will definitely help AWS customers to find the right matches. Outposts of new 1U and 2U servers are really promising. I had a chance to discuss those directly with the product team, which was awesome! Initially, I thought that those new units can be installed by the partners but it seems that only AWS engineers could to that.

I can see two use-cases for Outposts:

I have not seen any customer who dropped or avoided AWS because of latency, but there could be scenarios where low latency is critical.

However, I have seen customers that failed to meet local data protection laws because there were no AWS regions in the country. Those customers seem to be interested in Outposts. Although Outposts are announced, they are still not supported in several countries. For example, our customers in Turkey are eager for the service, yet it seems that they would have to wait. I have been invited to the Enterprise Workloads Partner Executive Briefing Luncheon, where certain numbers from market research have been presented under NDA, which showed the potential for modernization.

This is worth mentioningI am not an Expo hunter but I noticed so many Swag hunters around :) you had to be quick! To make it more challenging, you are provided a “Quest list”, which includes several missions to accomplish. 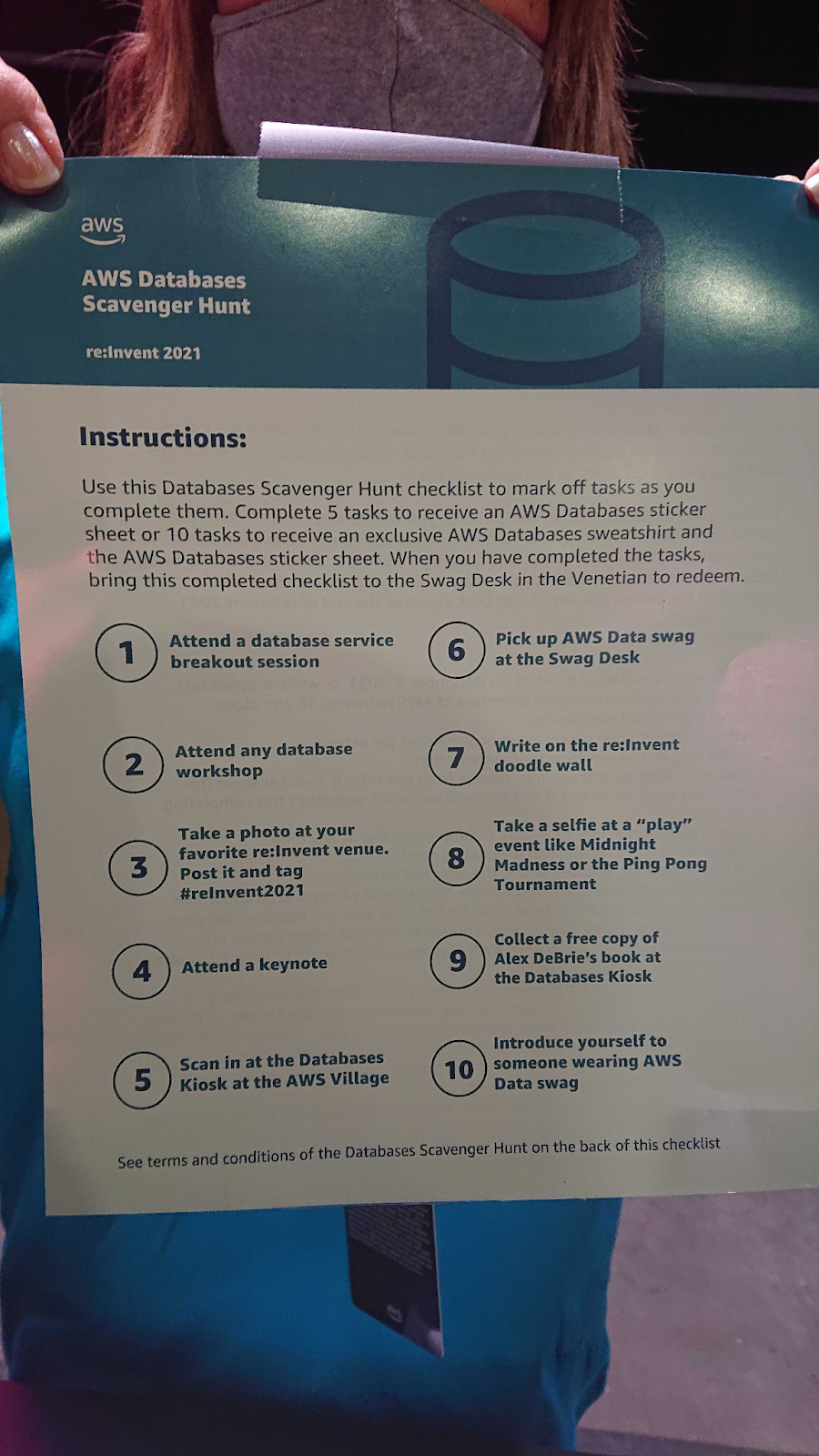 There were many exclusive events and rare items too, such as:

There was so much swag to pick from, some of which could only be accessed by certain people or randomly, which was interesting.

Finally, I would like to mention a new tool:  Microservice Extractor for .NET. This is important for us, because we provided so much feedback to the AWS Product Team on this, and  applied it on several .NET projects, to report how it works and create issues out of it.

We were announced as the launch partner for this tool which was kinda a surprise for us. (We were not prepared).

This tool helps in extracting certain parts of a monolith into distinct APIs. I cannot say it splits the monolith, because “Splitting the Monolith '' has further challenges such as changing data models and creating separate databases. The tool is a promising step forward for the companies who are stuck in a monolith which affects their development efficiency.

More information for that tool can be found in Prasad Rao ‘s and Tom Moore ‘s post. 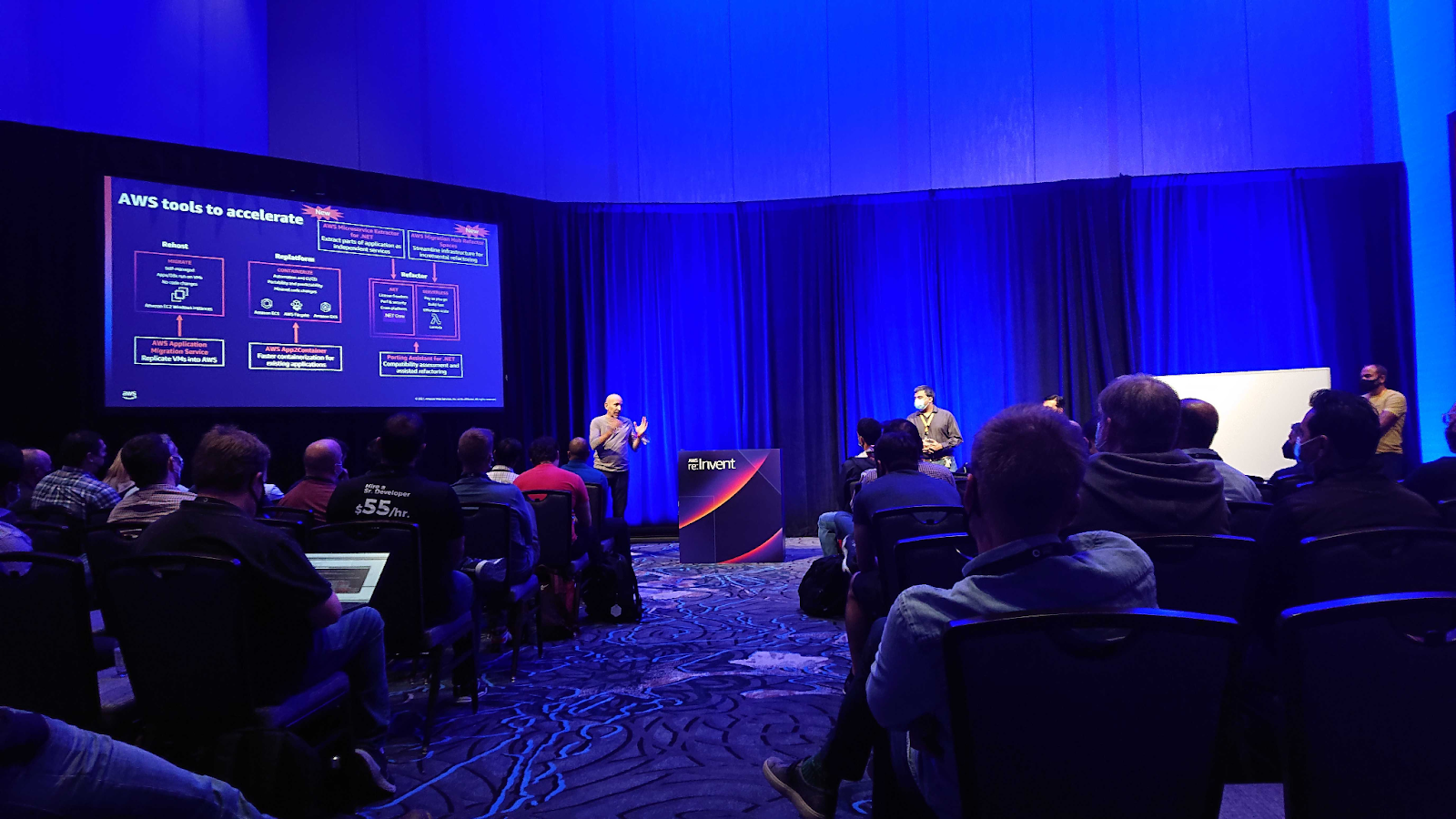 It will not be fair to conclude this post without mentioning the closing party: re:Play. There were several retro game machines at the party, which people like my age were into :) DJ Zedd was awesome! After playing all those retro games, having his Zelda mix was amazing! 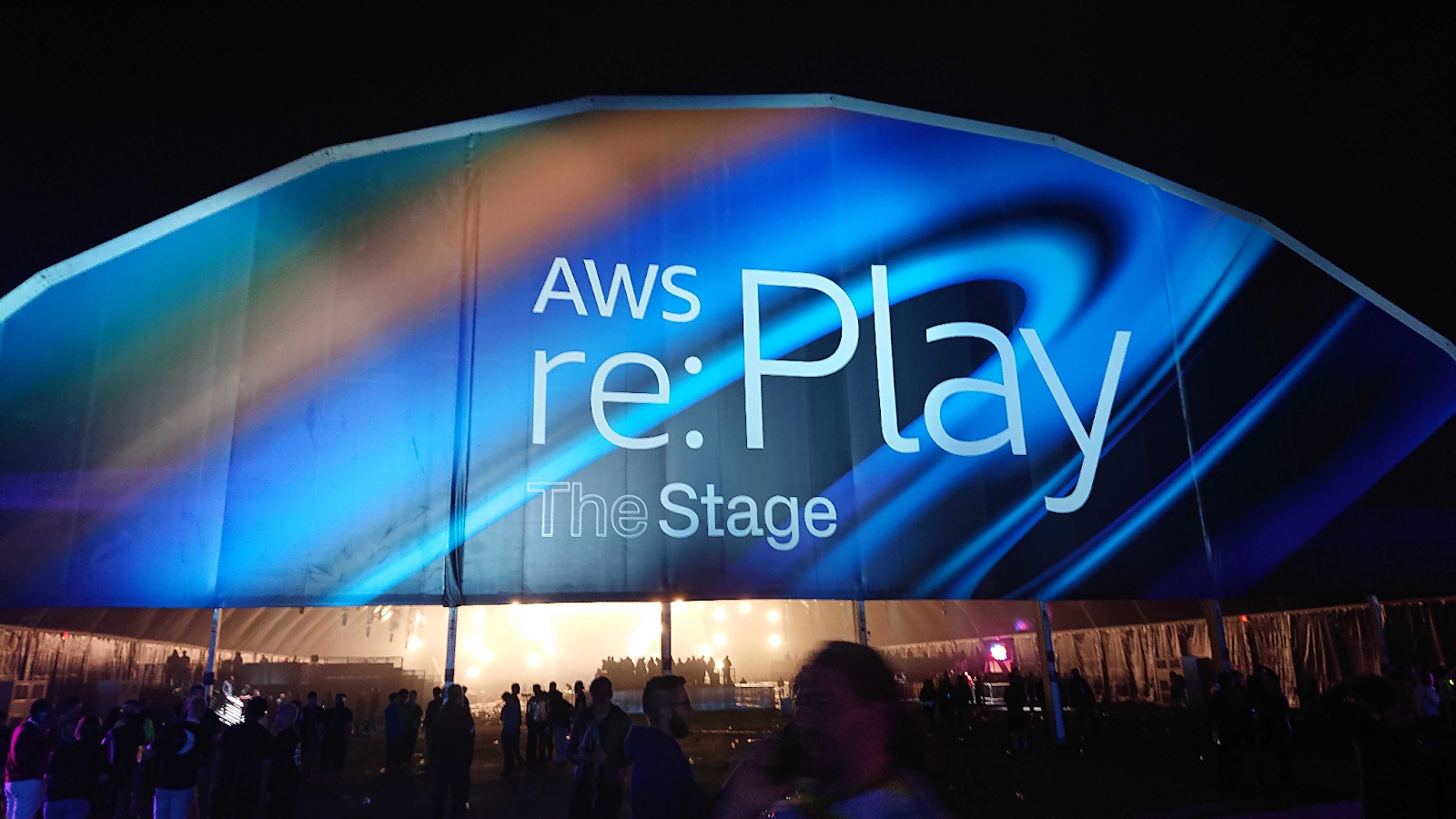 In this post, I wanted to share the under-mentioned AWS re:Invent experiences, from the perspective of an AWS Ambassador. If you have any questions regarding anything related to re:Invent, don't hesitate to comment below. But don’t forget: What happens in Vegas, stays in Vegas!