What are adaptive branching and which cases use it?

But, Trunk Based Development is insufficient in some cases. For example, a developer wants to release their work on an issue, but there are other incomplete fixes in a trunk main. This means that the incomplete fixes will be included in the release, which is not what we want.

We have encountered all variations of these cases in our clients. To address these, we created the Adaptive branching strategy. Adapting branching makes it possible to have concurrent development while making conflicts visible earlier and helping teams avoid releasing incomplete issues. It addresses the problems above along the software deployment pipeline, such as code merging, feature toggling, and cost optimization, which has a use case, especially on distributed software architectures.

What is Adaptive Branching? 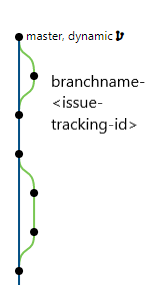 Developers create a feature branch with the same name that the issue on the issue tracking system. After that, when the development stage has been completed, the feature merges to the dynamic branch. So, The branching tree structure will be like the right side pic. 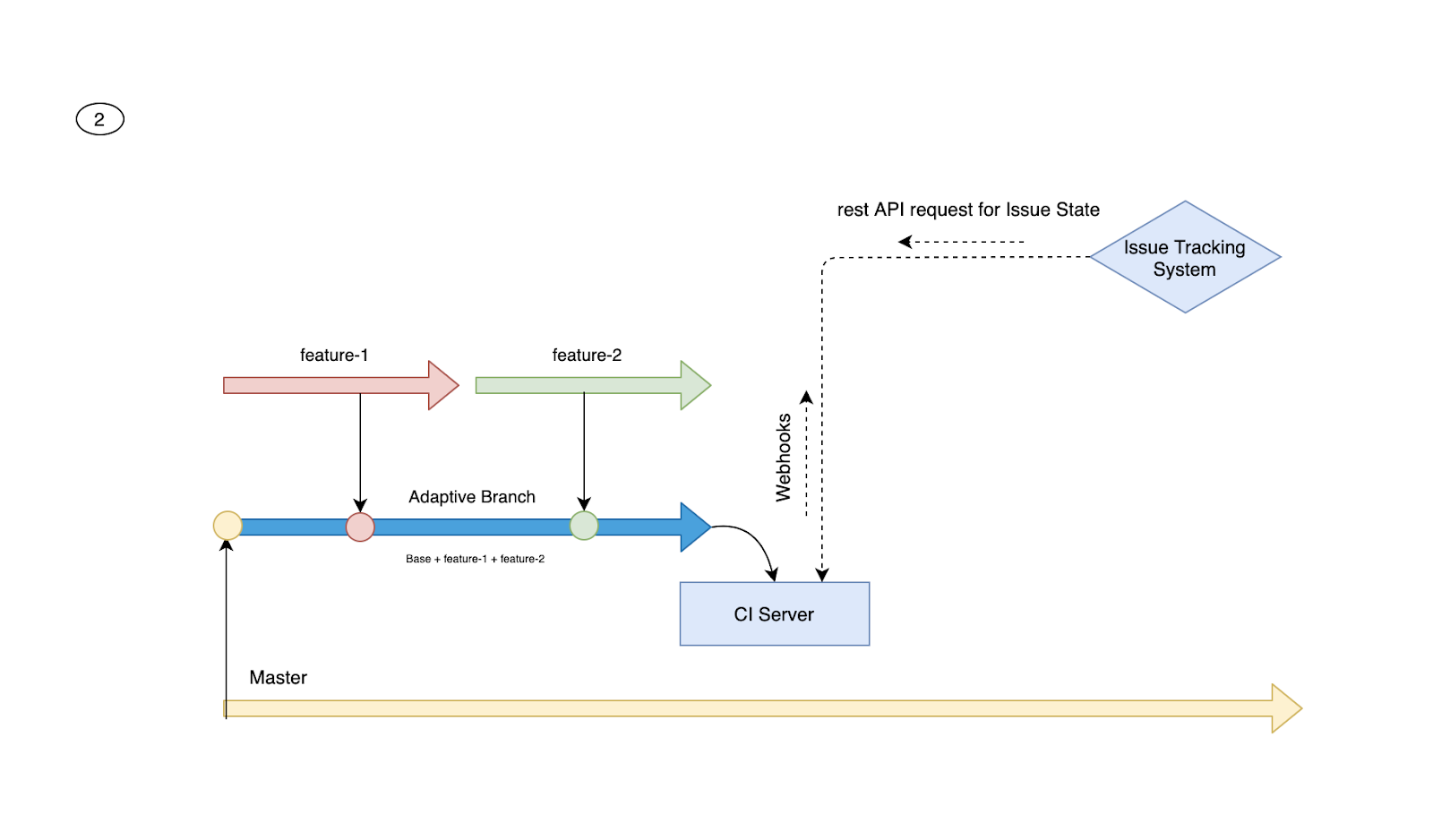 Step 2: In our model, feature branches are merged to the adaptive branch with webhooks at the issue tracking system by a Continuous Integration Server only if the following conditions are valid: 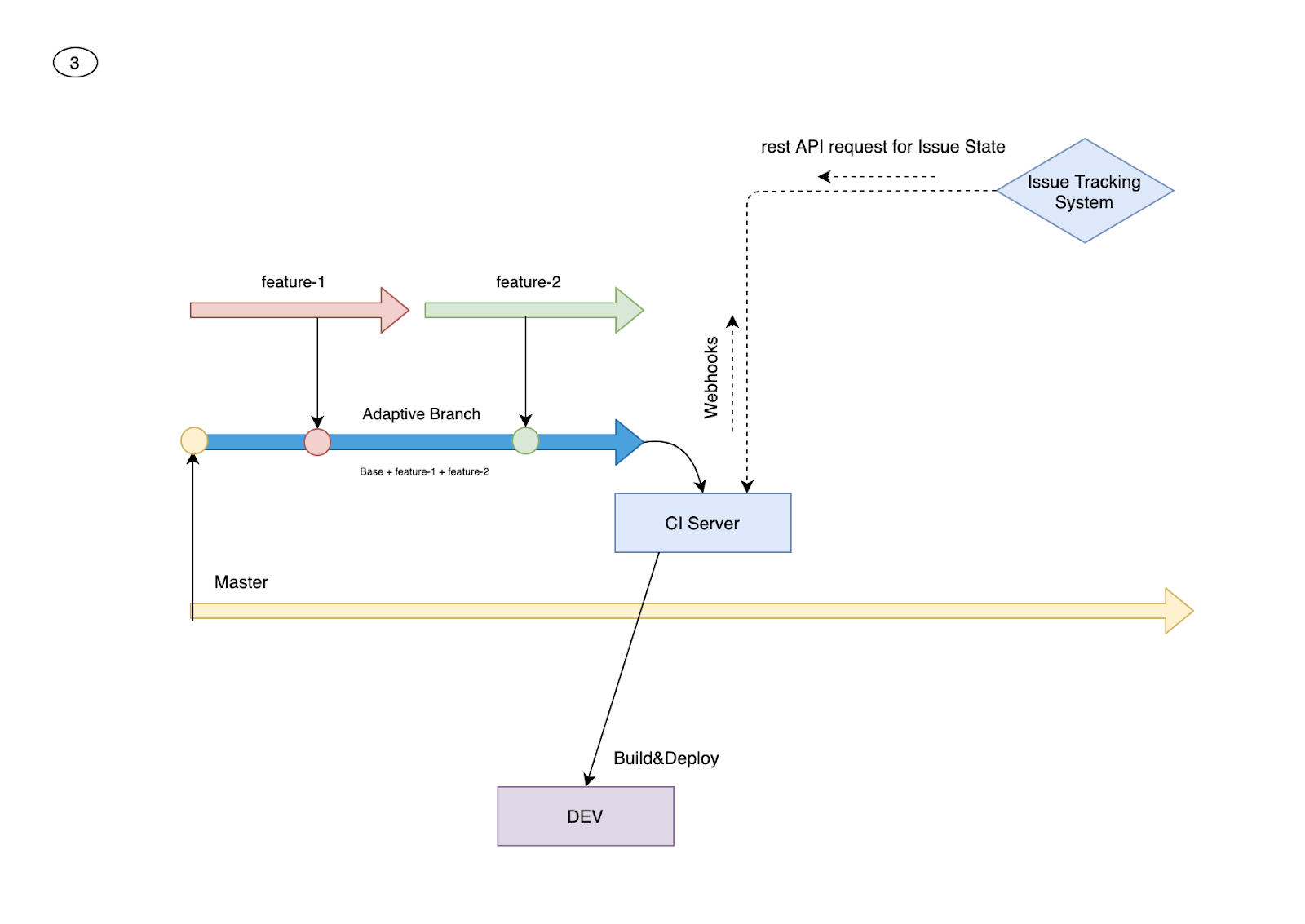 Step 3: Continuous Integration Server triggers a build on Adaptive Branch. In case of the build finishes successfully, version control commitID is given to the artifact as version reference. 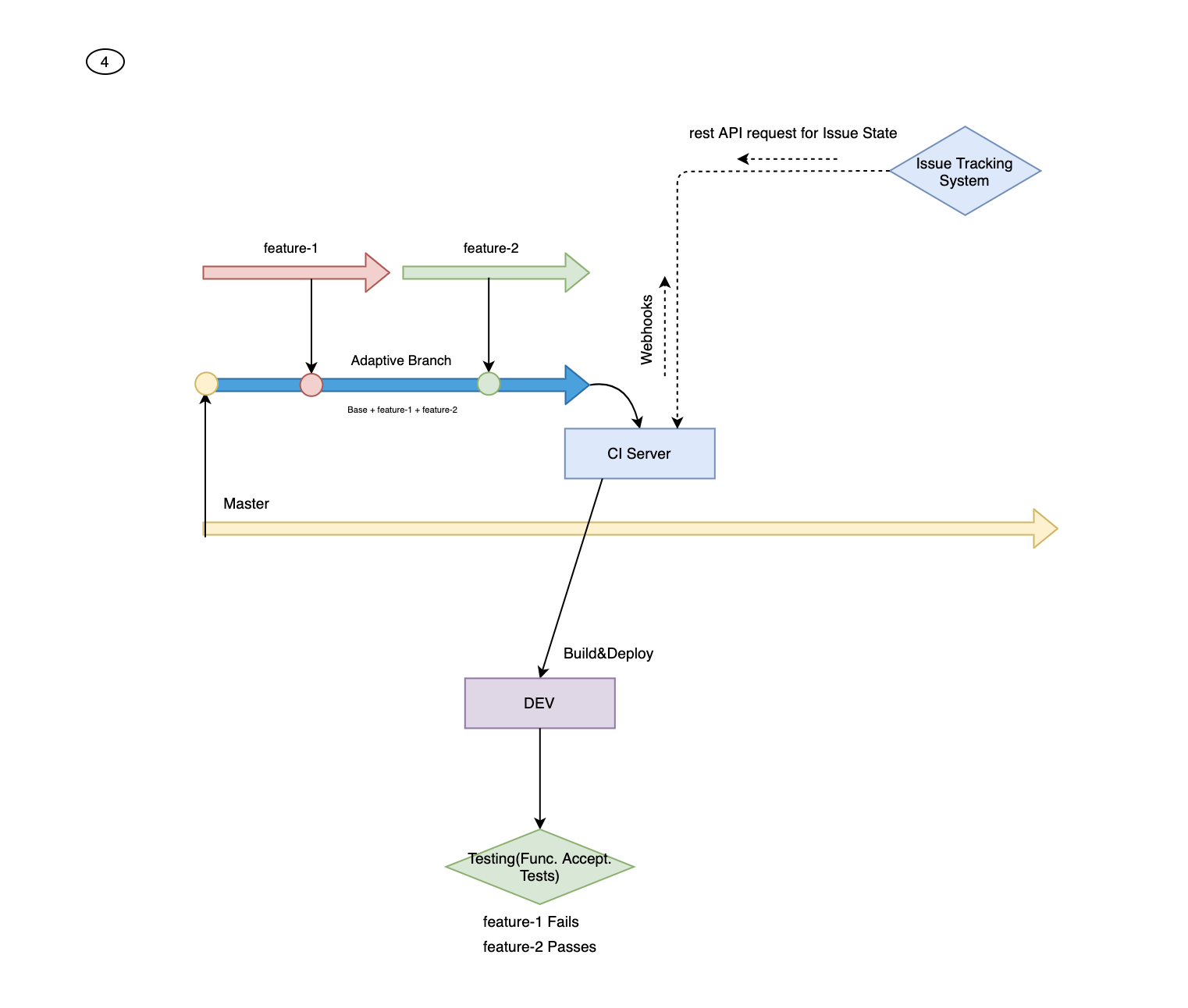 Step 4: In this step, the artifact is deployed on a server environment where both functional and non-functional acceptance tests are run. The successful result triggers an automated merge by Continuous Integration Server to the Master branch. Failure rollbacks the Issue state from “In Test” to “In Development.” 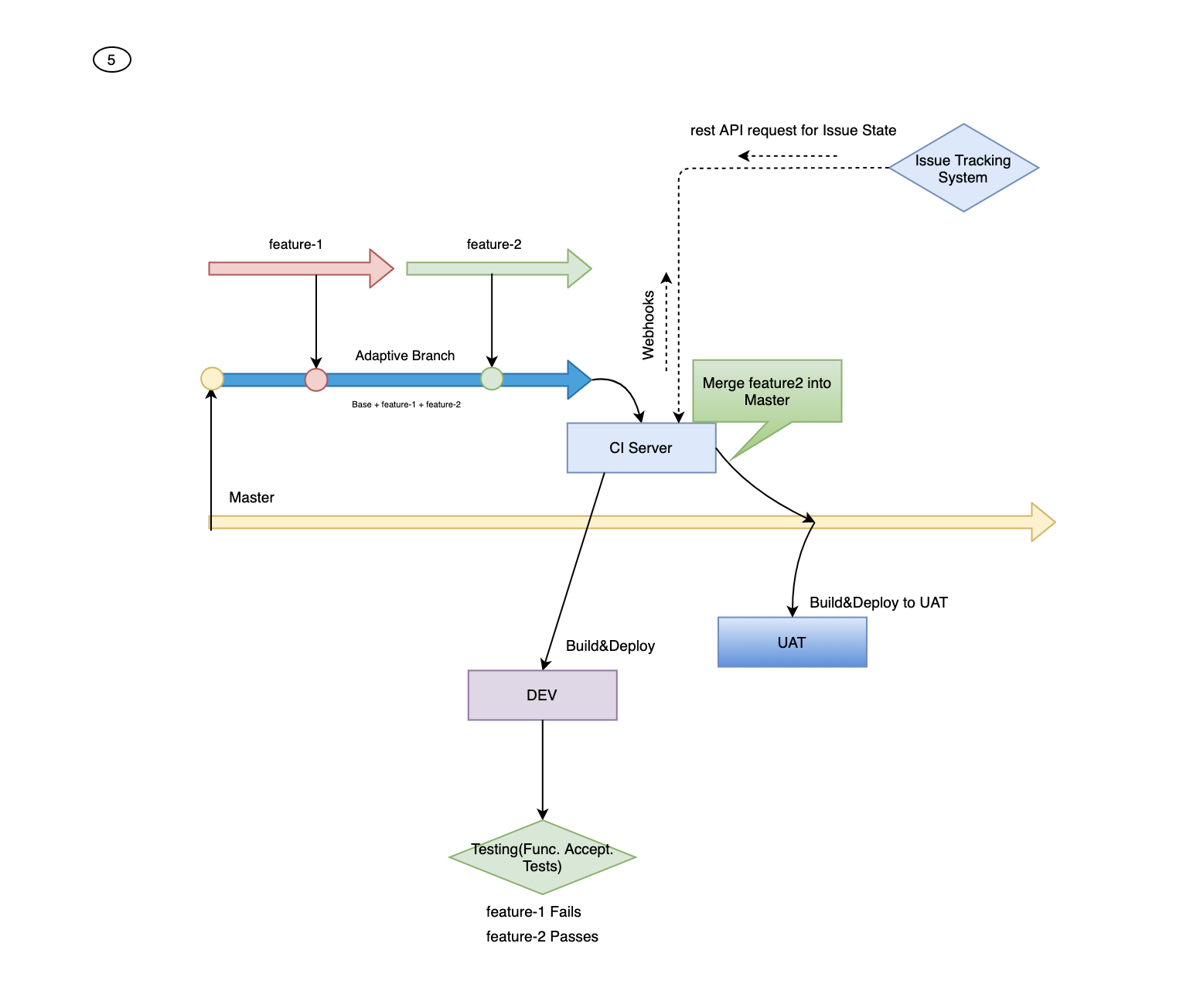 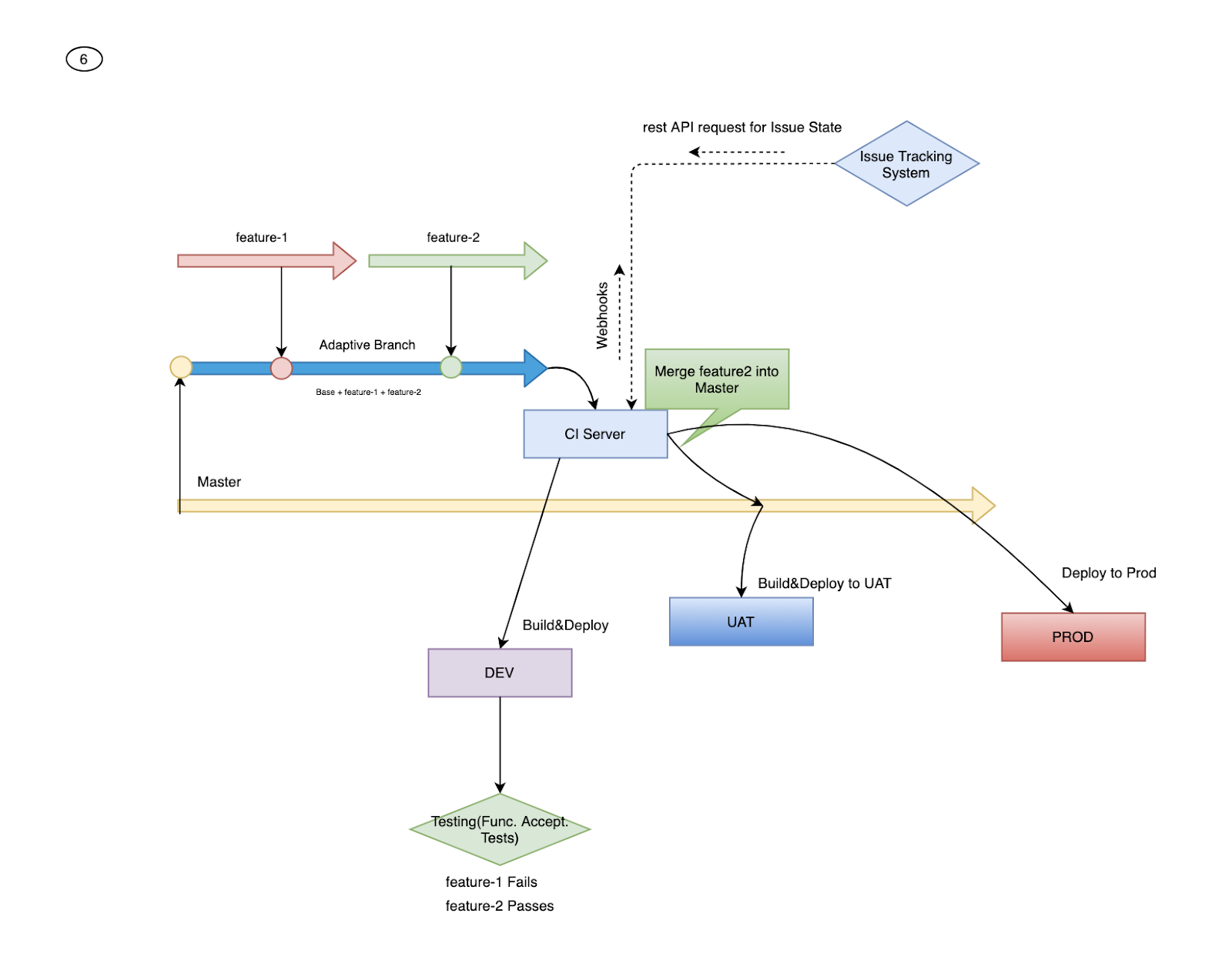 This model automates the merging between several branches. Compared to environmental branches and artifacts, this model uses the same artifact with User Acceptance but sacrifices a second build compared to Trunk Based Development.

Infrastructure and Platform Developer at kloia